The ASCS was officially established in 1992 when an agreement was reached among the Presidents of the Japanese, South Korean, Taiwanese, Indonesian and Filipino Societies who gathered to attend the IFSCC Yokohama Congress.
It was decided then that the ASCS Conferences will be held on odd years and that the Japanese Society (SCCJ) will act as the Secretariat for the time being. The establishment of ASCS was highly welcomed by the IFSCC who allowed the expression of “Supported by the IFSCC” as well as its logo to be used for promoting ASCS activities.

The establishment of ASCS the purpose and idea of which was to exchange cosmetic technologies within the Asian region, emerged in the early 1980s. In 1987, Dr. Takeo Mitsui, the then IFSCC Praesidium member representing Japan, took the opportunity to crystallize the idea when he became the PR Committee member in charge of the Asia/Oceania region. As a trial prior to setting up ASCS, the 28th SCCJ cosmetic research symposium held in 1990 was made open to Asian scientists. According to the record, there were 8 presentations and 50 attendees from outside of Japan. 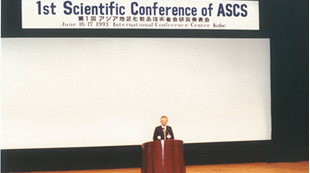 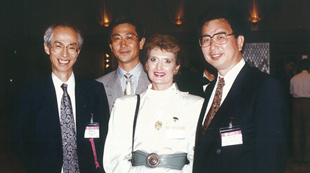 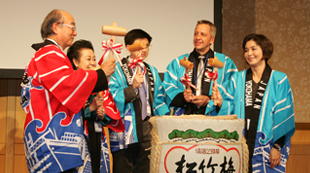 During the Council Meeting at the 22nd IFSCC Congress held in Edinburgh (2002), a new rule for determining the venues of future IFSCC Conferences/Congresses was approved in which all IFSCC Societies were grouped into 3 geographical zones. A total of 9 Societies comprised of Asian, Oceanian Societies and South Africa were assigned as Zone 2 Societies. At this point, ASCS and Zone 2 Societies became synonymous. Later, the Middle Eastern Society joined the IFSCC as a Zone 2 Society. The South African Society moved to Zone 1 in 2016, and hence as of present, the ASCS is comprised of Asian, Oceanian Societies and the Middle East Society. 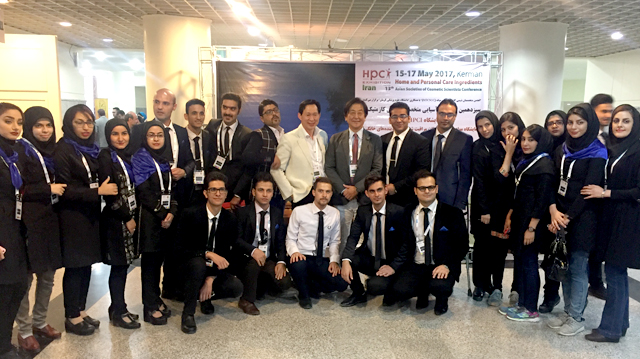